What is the role of cycle lane dividers?

Cycle lane dividers mark or divide lanes on roads by physically making routes for bicyclists, motorists, cars, buses, and other motor vehicles. These lane dividers are ideally traffic calming measures that greatly help to make a steady flow of traffic by reducing crashes of bicycles with motor vehicle traffic.

The specific cycle pathways or bicycle travel lanes make crossing the road easy and promote bicycle culture. In this way, many bicyclists or people on bikes safely travel, keeping in lanes on highways, complete streets, parking lots, and other vehicular traffic areas.

Thus, cycle lane separators ensure a safe zone; therefore, getting everything about lane dividers is essential. These mentioned roles of lane dividers will significantly help to understand their basic use. 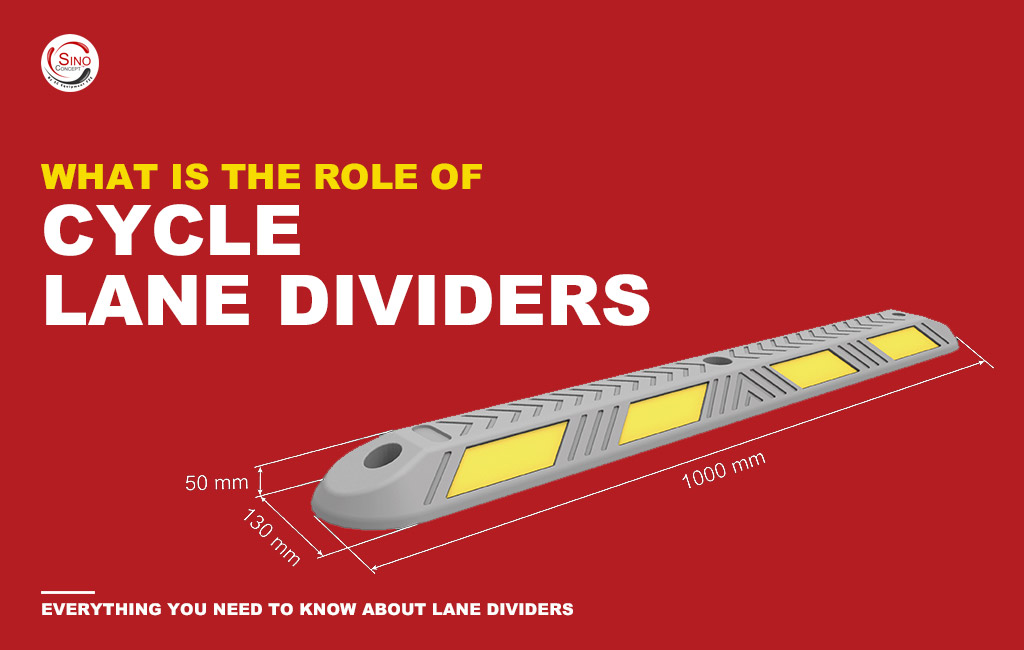 Cycle lane dividers are simple lane segregating and traffic controlling devices that ensure cycling pathways or cycling routes. These lane segregations mark a secure line by making physical boundaries for bicyclists, motorists, buses, and other vehicular traffic. As traffic is quite fast at roundabouts, junctions, intersections, and highways, and in such overspeeding situation, riding a bicycle is not less than a danger.

So, to give a separate route, these lane dividers are installed on routes as per traffic flow, and separate bicycle, motorbike lanes are made. This oncoming traffic is divided into different lanes as drivers can drive as per the allowed lane speed. When every vehicle goes steadily, there are neither chances of vehicle collision, but many other road traffic issues are also solved.

In addition to high traffic roads or curbs, you can also use lane dividers in city streets. Sometimes a street is used as an alternate route due to a road construction project or for any reason, so you can make your street safe for permanent residents and other road users.

The same is the case with highway roads. In fact, these are busier roads with countless scooters, bicycles, buses, cars, and emergency vehicles. Despite all road signs, road markings, traffic lights, stop signs, and speed limit signage, drivers undermine traffic rules, and it becomes vital to segregate traffic as per their speed. 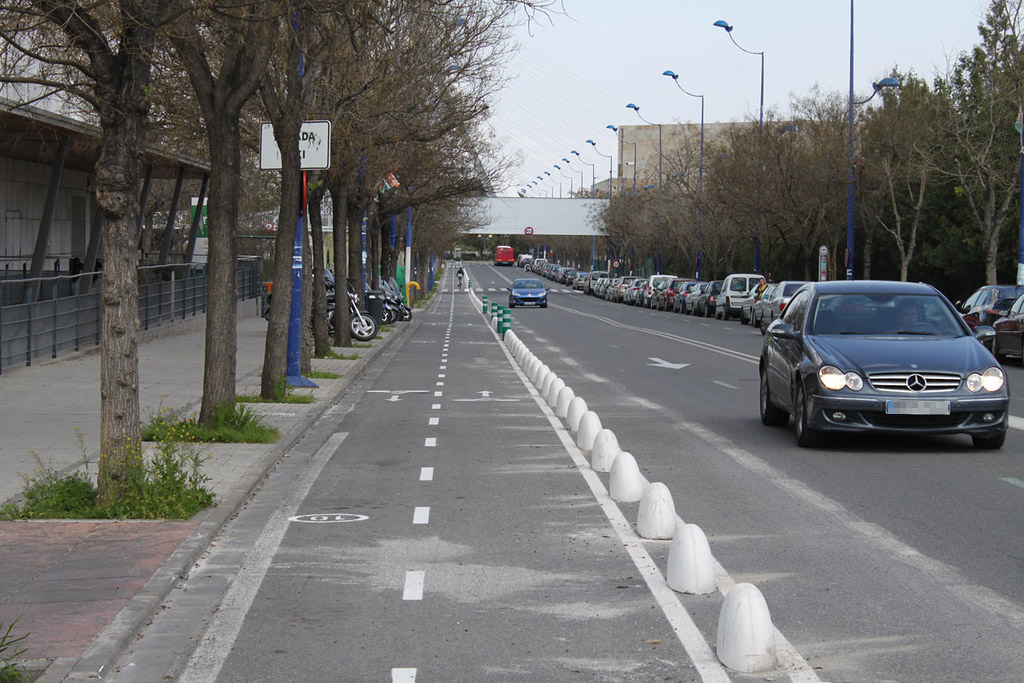 But as with every road safety device, there are some pros and cons of lane dividers. The ups and downsides of lane separators show that you need to be very careful in their use and get as many benefits as possible to get comfort and convenience. Their proper use and awareness can improve their functionality to give a full user-friendly experience.

Here are some pros of lane separator curbs:

Can lane separators be used at recreational cycling lanes?

Cycle lane separators make a boundary for bicycle and bike routes and give them separate pathways to enjoy bicycle rides. These bicycle lanes keep bicyclists away from heavy-duty vehicles, overspeeding cars and motor vehicles in order to give a sense of security.

Some areas or driveways have one road for recreational bicyclists and public vehicles that is inconvenient plus dangerous. The use of lane dividers becomes necessary if kids or children use the track for bicycling.

Above all, safe routes encourage people to use bicycle transportation and play their part to make the environment clean.

So, whether it is a road or a recreational cycling route, you can use lane dividers without any doubt. 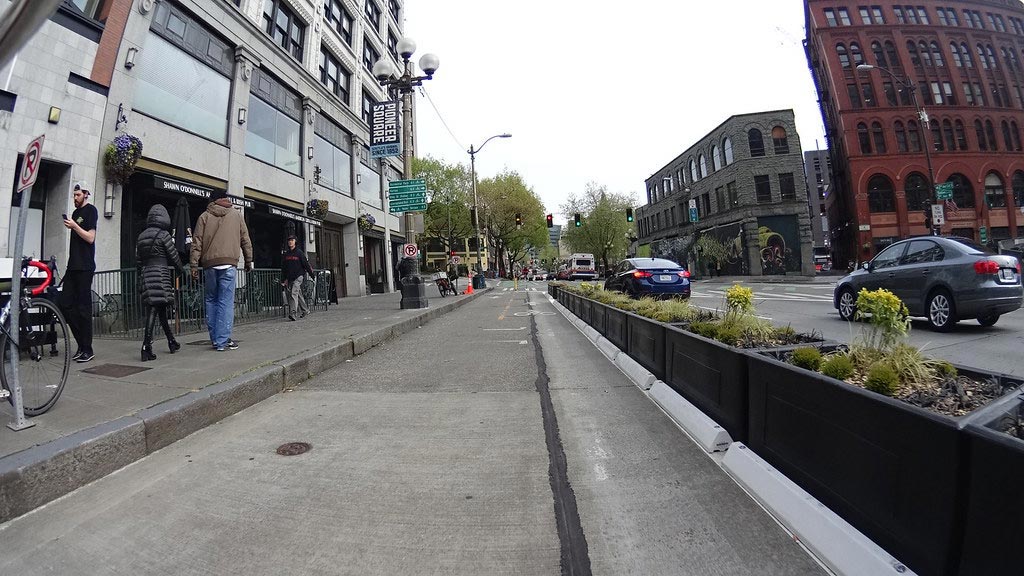 Lane separators are traffic control devices that are permanently installed on roads and give permanent lane separation. As they are not vertical alignments on roads; instead, they have specific dimensions that are ideal for installation.

When you buy lane dividers, their installation accessories such as bolts and anchors are provided in the package so you can fix them. They have a quick installation procedure, and you need to secure them, so a vehicle does not disturb their location.

Similarly, if they are left unattached, there will be chances of tripping hazards and pedestrians, bicyclists can slip over them.

On the other hand, if you want to make temporary lanes for a short period of time, you can benefit from some vertical barriers.

Lane dividers have various benefits for city cycling as they make traffic lanes, protected bike lanes, bike paths and help to make cycling infrastructure. The lane dividers also allow safe left-turn and right-turn without chances of hit by a car.

Similarly, lane dividers make routes bike-friendly and bicycle-friendly and give pedestrians or crossing roads safety. That is why, if you also want to make physically separated lanes and play your part to ensure bicycle safety, you must use lane divider curbs and reduce fatalities after getting approval from the transportation department, city council, and other higher authorities.

So, let the bicycle network develop with active transportation and follow all traffic rules for everyone’s safety.

What is a lane separator?