When you’re passionate about any hobby or sport, you will not stop until you get what you deserve. The same happens with our ever-growing biker community. As a result of countless bicycle advocacy campaigns, bike riders have been successful in facilitating the bicycle culture by implementing measures for increasing bicycle safety.

One of the most successful and popular safety measures is lane dividers, i.e., anything that can separate lanes for motor vehicles. Lane dividers have numerous applications ranging from parking spaces, cycle tracks, and bicycle lanes.

There are different types of lane dividers that differ in terms of shape, size, material composition, and colour. Despite having different shapes, most lane dividers successfully achieve their purpose – increasing safety for cyclists. Without any further ado, let’s unveil the most popular lane dividers’ shapes 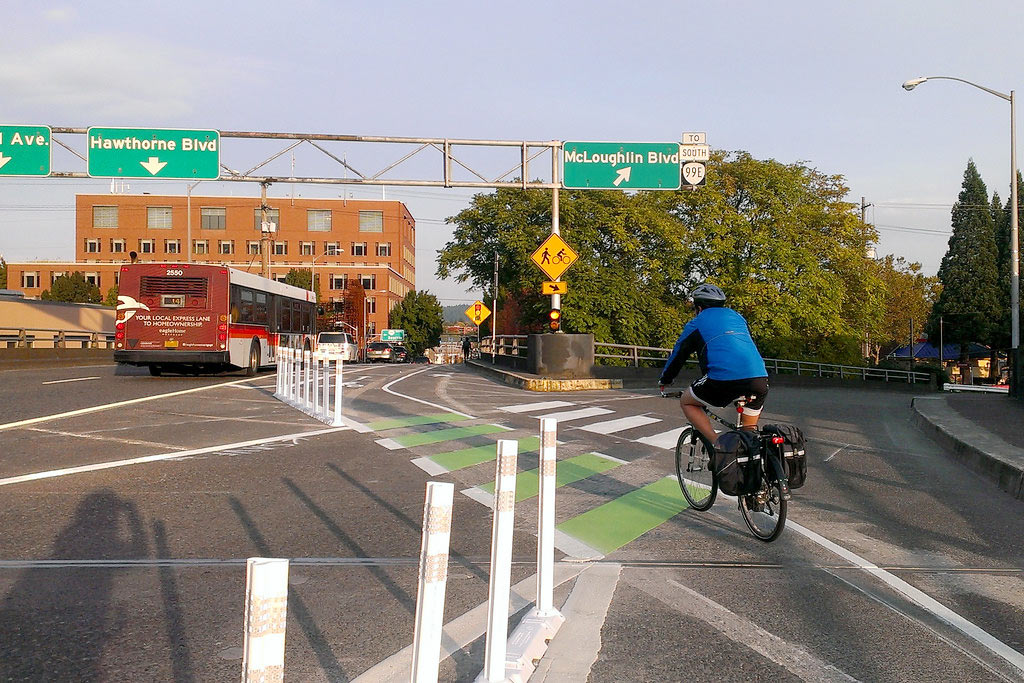 Many authorities such as the department of transportation, the federal highway administration, and vision zero advocate are advocating to install lane dividers to encourage cyclists for riding their cycles. Besides increasing bicycle safety, the lane separators also make road lanes safer for pedestrians. The lane dividers shapes that have made this possible are the following.

An armadillo is a small plastic bump of a round, oval shape, which has a length of around 620 mm. Armadillo takes less space on the roads because they are small, increasing the space for cyclists to ride their bikes. Armadillos are installed in series with suitable gaps, allowing cyclists to change lanes whenever suitable.

In many countries, small round concrete buttons are placed to provide clear bike lanes for cyclists. They are also small, around 500 mm. They provide effective lane delineation, reducing the chances of fatalities due to collisions.

A rectangular straight lane divider is the most standard shape with varying lengths. Most of the dividers extend up to 1,000 mm, but some can be small, i.e., around 760 mm. These lane dividers have shiny reflective stripes, enabling car traffic vehicles to spot them with ease. As a result, the chances of collisions and crashes reduce at the bikeways.

You must have seen large concrete barriers blocking the roads; these are another form of lane separators. They are huge concrete blocks, extending up to several feet high and creating bike paths. Moreover, these barriers can completely seal off the lanes, reducing the chances of accidents. However, they can be harsh on other vehicles because a single collision may cause devastating damage to vehicles.

Many lane dividers can accommodate guideposts. These posts can warn motorists about bicycle lanes and make them drive carefully. Moreover, these posts have reflective films that increase reflection and visibility even in dark surroundings. They can even come separately and act as bollards in a specific lane for delineation.

Besides shapes, lane dividers are made from different materials, which includes:

Rubber is a suitable material because vulcanized rubber has immense strength and zero deformability. Therefore, it is durable and can last for a very long time. Moreover, rubber is sturdy and can perfectly adapt to any surface. So, rubber lane dividers are an amazing choice to create separate lanes for bike riders.

Plastic is the most cost-effective material for lane dividers. It goes through a process of injection-moulding, which makes it strong to withstand collision impacts from other vehicles. Moreover, plastic lane separators are usually soft. So, if a vehicle accidentally crosses over them, they will generally feel a slight bump. However, plastic can become fragile in extreme weather, making them less durable. Nonetheless, they are effective and cheap solutions for the quick installation of cycle routes.

Concrete or asphalt is another strong material for creating protected bike lanes. However, the strong heavy material makes them dangerous for vehicles because they can provide terrible wear and tear upon collisions. There are chances that vehicles can experience rollovers which can even be dangerous for pedestrians. While they are perfect to create permanent bike lanes, their installation must be at a safe place where the chances of vehicles’ collisions are less.

Steel is another uncommon material for lane dividers. They effectively reduce traffic congestion but are not suitable for residential areas.

There are even different colours of lane dividers. They are an important consideration because if the colours are not reflective enough, what’s the point of installing lane dividers? Lane dividers must have flashing bright colours, which motorists and drivers can easily observe even in dark environments and weather such as fog and rainy season. The most suitable colours include:

Black and yellow is an internationally recognized colour combination because it’s highly reflective in dark situations. You can spot yellow colour even if you are miles away. Many lane dividers have black stripes with yellow structures, which are common on roadways.

On the other hand, the black and white combination is also growing popular for lane delineation. If it’s night-time, white colour can come in handy, while black can work during the day. Many companies use glass beads in their lane separator, which are retroreflective, sending more headlight beam to the motorists.

Many companies even sell red and white lane dividers which are quite popular. Both red and white are flashing colours, suitable for cars to spot bike lanes on the roads easily. 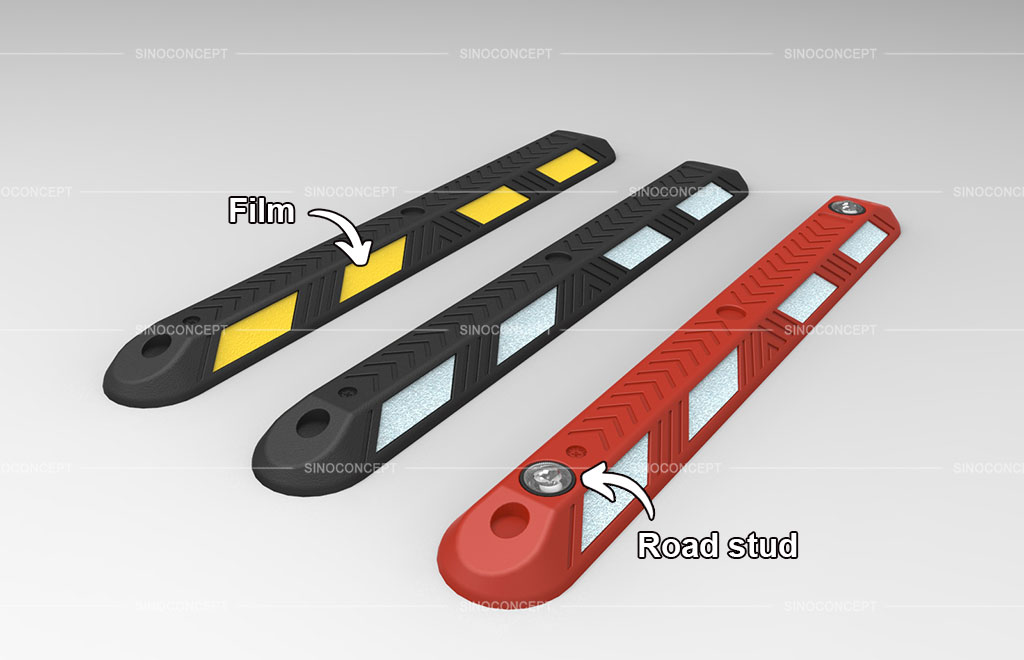 Despite these lane separators, there are some traditional lane separation ways that are still quite common. They include:

Lane or pavement markings involve creating painted lines on roads that have a purpose. A solid white line creates separation between traffic in the same direction, while yellow lines create separation between opposing traffic. Even bike lanes can have roads markings with visuals that will indicate that the lanes are specifically for bicycling.

Furthermore, there are dashed, striped, and buffered lanes for cyclists. A striped line simply involves painting a yellow or white line on the road to create a segregated bike lane. On the other hand, a buffered lane involves creating a bike lane with additional space between cyclists and other vehicle traffic.

Furthermore, there are curbs, bollards, and planters that you can install in series for a bike lane. As a result, it will automatically create a segregated bike route for bicycles.

All types of lane dividers discussed above serve a similar purpose of creating separate bike lanes and increasing bicycle safety. Plus, lane dividers, indeed, increase safety for cyclists where they can ride their bikes and feel the environment without any worries of accidents. 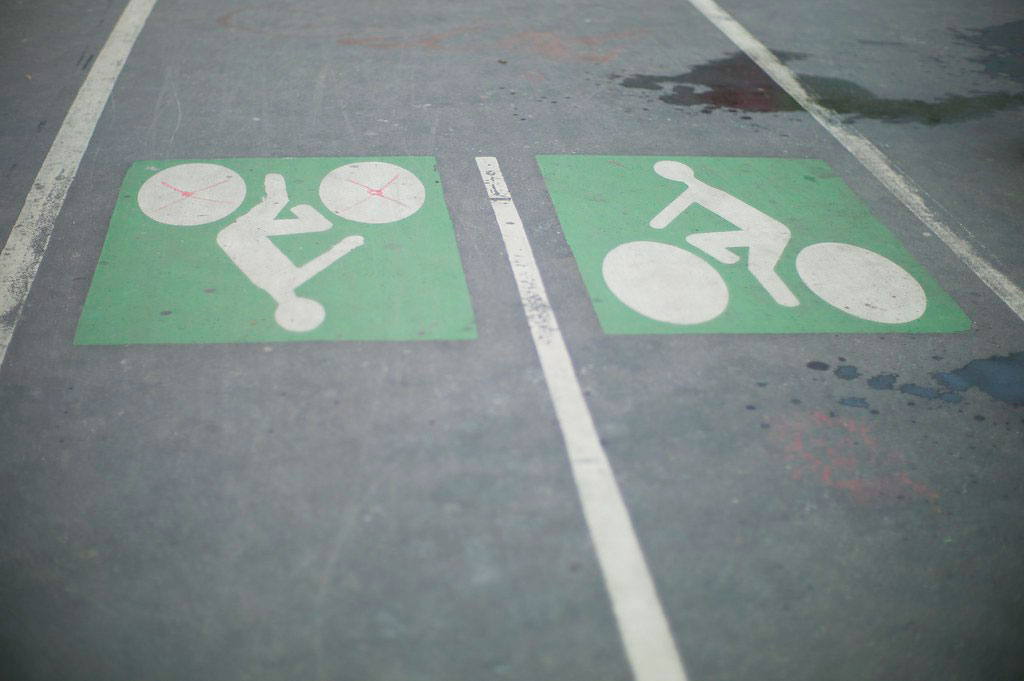 There have been major changes in the shapes of lane dividers over the years. As biking and walking are becoming increasingly common, traffic companies are introducing new effective products to improve bicycle traffic.

Do you have any good lane separators in your city streets? Or do you plan on improving the bicycle infrastructure of your area? If you want a change, you must purchase high-quality, durable lane separators that will free your mind from worries for a long time.

Sino concept can help you. We provide lane separators in red and white with road studs that can ignite in the night. We can even change the colour of the lane separator upon request. Visit our website to place your order.

Let me show you different colours of cycle lane dividers!