Everything you need to know about speed cushions!

A speed cushion is a piece of significant speed control equipment installed in a slow zone area to provide pedestrians safety against speeding vehicles.

Speed cushions are designed keeping in mind the dimensions of vehicles. They allow emergency vehicles, buses, trucks, cycles, and bicycles to move without slowing down. However, when it comes to passenger-car movement, they force them to reduce their speed by around 20 to 25 miles per hour.

Speed cushions are used all over the world. They are found in different types that differ from each other based on their material, colour, size, and other features.

This article explains all you need to know about speed cushions. 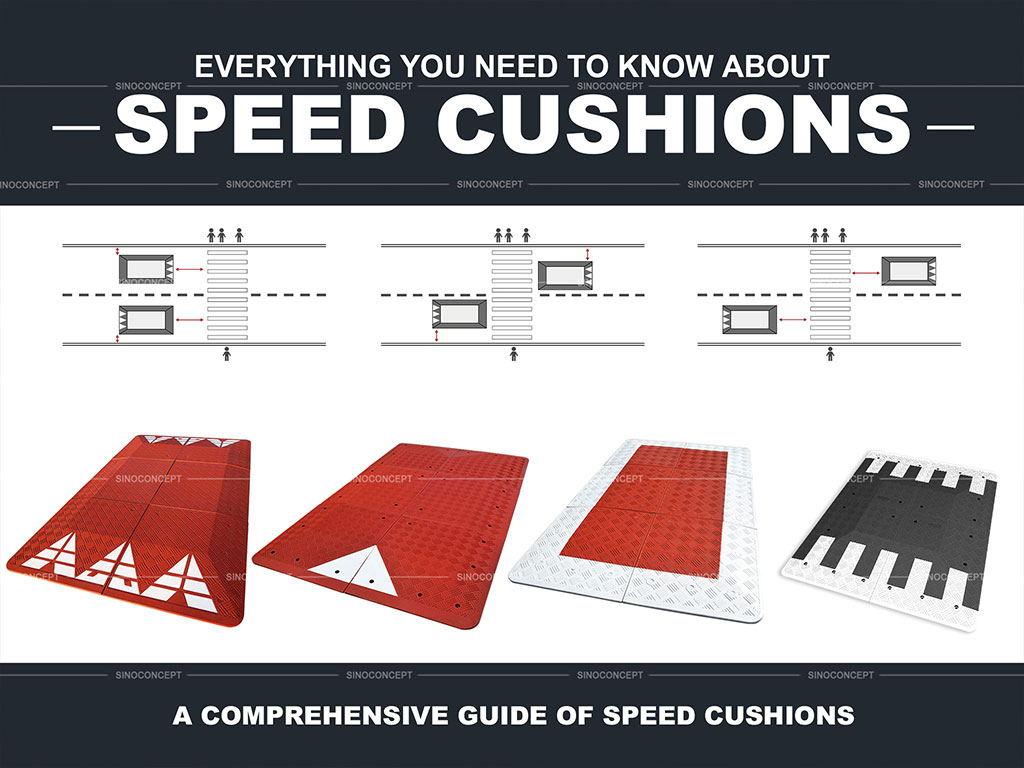 What is a speed cushion?

Learn more: What is a speed cushion?

Will they damage a car?

Speed cushions and other traffic calming measures are only a few inches tall. They do not damage cars that move over them at a slow speed. However, they can be damaging if vehicles pass over them at an unsuitable high traffic speed.

Speed cushions are not placed throughout the width of a roadway. Instead, these speed control and traffic control devices are placed at a certain distance between two speed cushions. An emergency vehicle such as an ambulance or fire truck has a wide axel; therefore, it can pass through the gaps without decreasing speed.

Are they effective in reducing vehicular speed?

Can I put recycled rubber speed cushions on my street?

Speed cushion installation is the responsibility of the local municipality. You should send them a petition to get speed traffic-management tools installed on your street.

What is the role of speed cushions?

Like other traffic-control equipment, the main role of speed cushions is to slow down traffic volume in order to prevent collision between a bicyclist, motorist, cyclist, school-bus and motor-vehicle driver.

The below points highlight the primary roles that a speed cushion plays.

Learn more: What is the role of speed cushions?

Creates safer city streets and roads for all

Speeding can be deadly for both driver and walker. Installing speed cushions on the pedestrian crossings, crosswalks, stop signs, traffic signals, parking lots, speed limit signs, and parking signs can help create a friendly and nonviolent environment for all.

Passenger cars reduce their speed when their flashing yellow light falls on the reflective surface of these tools, and they find speed cushions in their sight distance. It helps people moving on crossings, pavement, unmarked crosswalks, and sidewalks to crossroads more carefully while examining the movement of cars.

Helps in ordinance and police enforcement

Speed cushions installed on traffic lanes do not make emergency vehicles change their speed. So, they go at their regular speed and reach the destination on time.

Does not prevent stormwater drainage

Because of gaps in speed cushions, water can move on the road like usual and reach the drainage without any hindrance.

Speed cushions and traffic calming measures have been used in European countries for several decades now. They are used in order to improve life quality and make people feel protected when walking on roads, ramps, intersections, roundabouts, cut-through, and railroad crossings.

Many road traffic safety strategies are implemented in Europe by committees and municipalities to reduce speeding that can be hazardous. Some of these strategies that control hazards are as following.

Intelligent crosswalks are used in tourist areas where foot traffic is heavy. Renewable energy sources, traffic lights, and proper signs are used to guide pedestrians in the right way to protect them from vehicles exceeding their speed limits.

According to the superblock concept, the internal space of the city centre is pedestrianized, meaning it is restricted for pedestrian use only. Other than walkers, emergency vehicles and logistic vehicles are allowed to move through such spaces.

Behavioural change through activities and curriculum in schools

Students and thought the right way of crossing a road through different activities and school curriculum. They learn how to use a school bus and more that helps them stay safe on roads and streets.

A variety of traffic control devices are installed in different areas according to the needs of residents. Speed cushions, speed tables, speed humps, and speed bumps are a few examples of such devices. They are installed strategically in areas where pedestrians and vehicles move close to each other. 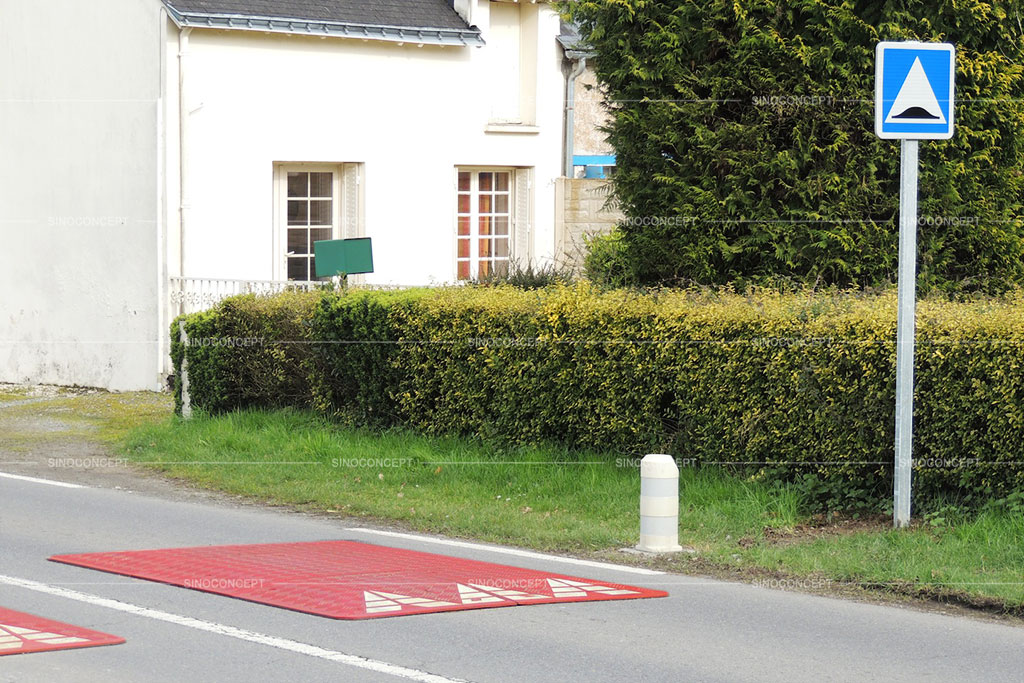 Below are the most commonly available speed cushion kinds.

As the name indicates, this kind of speed cushion is made up of asphalt. It is a kind of permanent speed cushion that cannot be replaced but can be destroyed and then removed.

Speed cushions that are made up of rubber are called rubber speed cushions. They have a soft surface compared to the above two kinds. Due to which they have less impact on vehicles. They are temporary because they can be removed and installed only in a few minutes.

Speed cushions are made more visible to drivers with the help of bright yellow paint markings. They are called speed cushions with yellow markings. 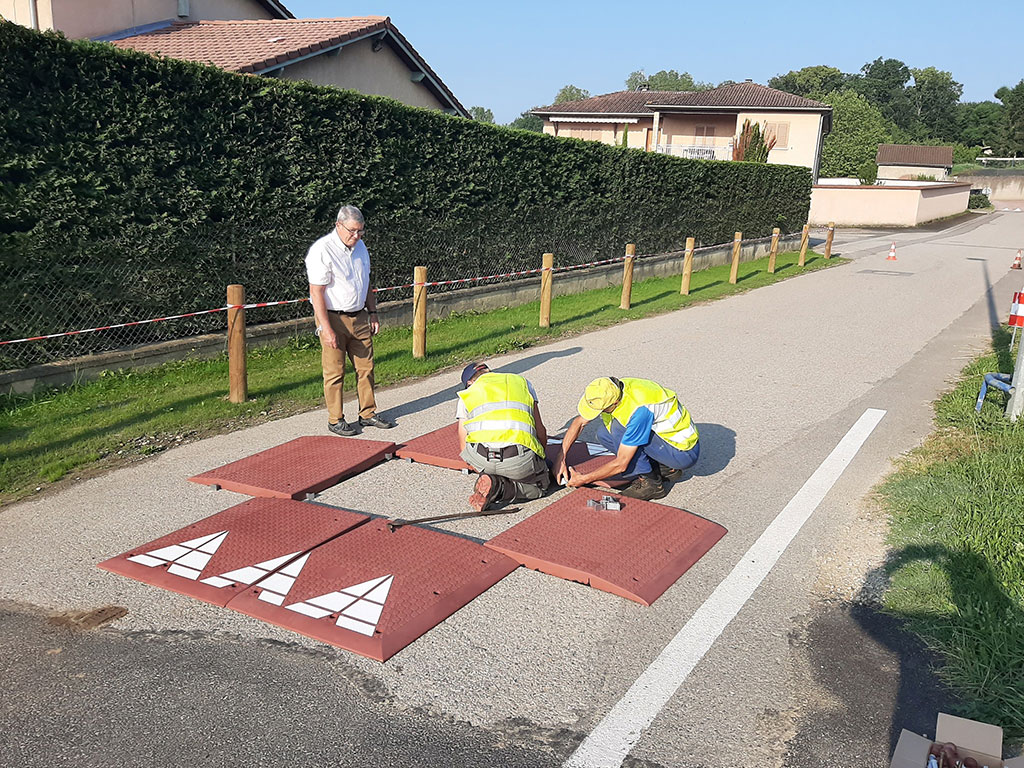 After learning what are speed cushions, this section will now inform about the basic speed cushion regulations in the United Kingdom.

How can you get a speed cushion in your neighbourhood?

Local municipalities and governments control the installation of speed cushions in the neighbourhood.

If you think that accidents in your area are increasing due to the lack of speed cushions, then you will have to send a petition to the local government to get speed cushions installed.

Before sending this petition, you need to take permission from other residents of the area related to the speed cushion installation.

You also need to check with the emergency vehicle and transportation vehicle route. Speed cushions should not be placed in areas where they can disturb the movement of large vehicles.

Learn more: How can you get a speed cushion in your neighbourhood?

How to buy a right speed cushion? 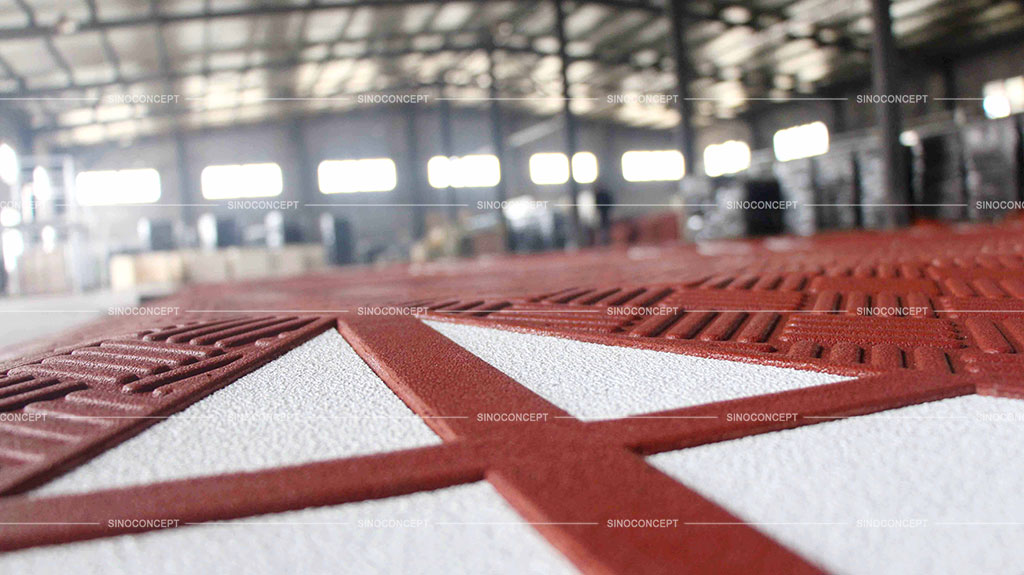 Learn more: How to buy a right speed cushion?

Speed cushions have been installed in different cities in the UK for several years.

Here, emergency vehicles have a wide axel which allows them to move over speed cushions without reducing their speed.

Speed cushions are effective devices that make roads, streets, and other areas secure for pedestrians and drivers. They prevent unsafe behaviour of vehicle drivers in street parking, roadways, public-works zones, and other areas to ensure road safety.

Slow traffic is harmless to pedestrians compared to speeding vehicles. Municipalities install speed cushions to slow down traffic and allow walkers to crossroads and move on streets without fear of being hit by a car.

Discover our wide range of speed cushions and speed tables: