Who would have contemplated in the 1900s that traffic calming measures would hold so much importance in the 21st century?

However, here we are, bombarded with new designs of traffic devices that innovate each year. But, do you know what can be the most appropriate choice for your jurisdiction?

Before starting, you should know that there are several kinds of traffic calming measures. So, brace yourself, and learn about the top best traffic devices in Europe. 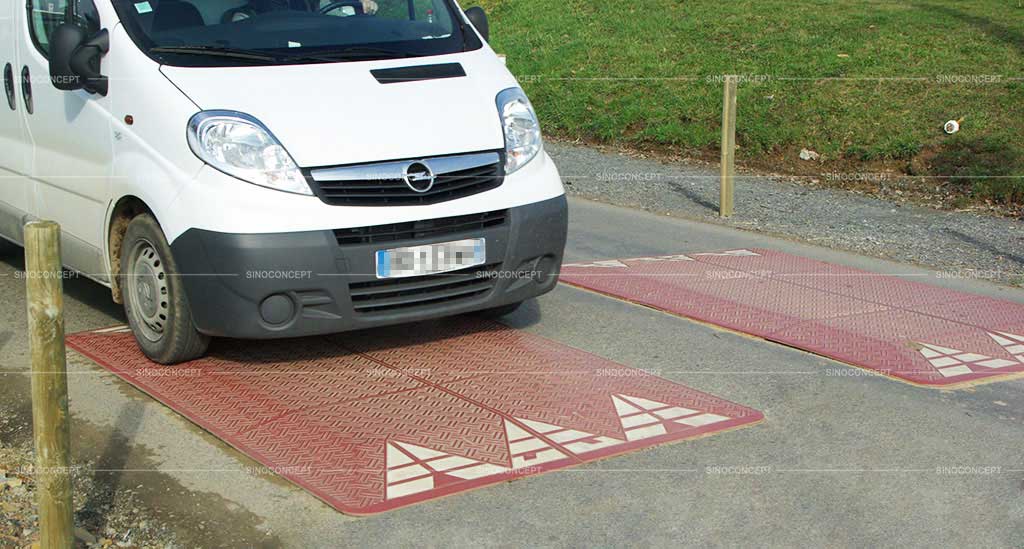 Transportation departments and engineers have revolutionized traffic management solutions. If you’re wondering that traffic measures would include the traditional speed bumps, you have been mistaken.

The world has progressed much further, and there is a boom in traffic devices. In simpler terms, traffic calming devices can break down into two parts: vertical deflections and horizontal deflections.

This may be new to you, but you have to learn the basic difference between the two. If you’re wondering about the category where your favourite speed bumps fall into, then the answer is vertical deflections. It’s true that they can contribute a lot to traffic reduction and a report concludes that they can reduce collisions by 37.5%.

However, they are not the only solutions. In fact, the term vertical deflection can include many more measures. In contrast, horizontal deflections are also becoming popular because they focus more on redesigning the road and controlling traffic flow.

Now, we’ll see each of the best types of vertical and horizontal deflections measures further in the blog.

1. Speed BumpsThese are some of the most traditional and popular traffic calming measures. Previously, they were made from asphalt, but now rubber and plastic speed bumps are becoming more popular. Speed bumps are quite an aggressive type of traffic measure than their counterparts. They are usually taller and shorter in width, effectively disrupting motorists’ speed.

3. Speed CushionsA vertical deflection is installed in sets with gaps between each speed cushion. They are designed to ease the problems of emergency vehicles like ambulances and police vans because they can cross through them without any disturbance. Moreover, bicycles and buses can also cause without any hindrance. These speed cushions are generally shorter and cover more length, making them suitable traffic management measures.

4. Raised CrosswalkTo ensure pedestrian safety, the road is elevated by 3-6 inches at midblock and intersections. Therefore, pedestrians can cross the roads without worrying about any collisions and crashes.

5. Rumble StripYou must have seen raised markings on the road, which can cause multiple vibrations in a car until you leave them completely. Those are rumble strips that intend to alert drivers about any impending danger ahead.

6. Speed TablesThese are similar to speed cushions, with the only difference being that they are not installed in gaps. They cover a long travel distance and are less aggressive traffic calming measures.

7. Textured CrosswalksThese are pavement markings that alert drivers to slow down because they are entering a pedestrian-only zone.

The above mentioned are the most popular vertical deflection traffic safety measures. On the contrary, horizontal deflections are another traffic management systems, which are further explained in the blog. 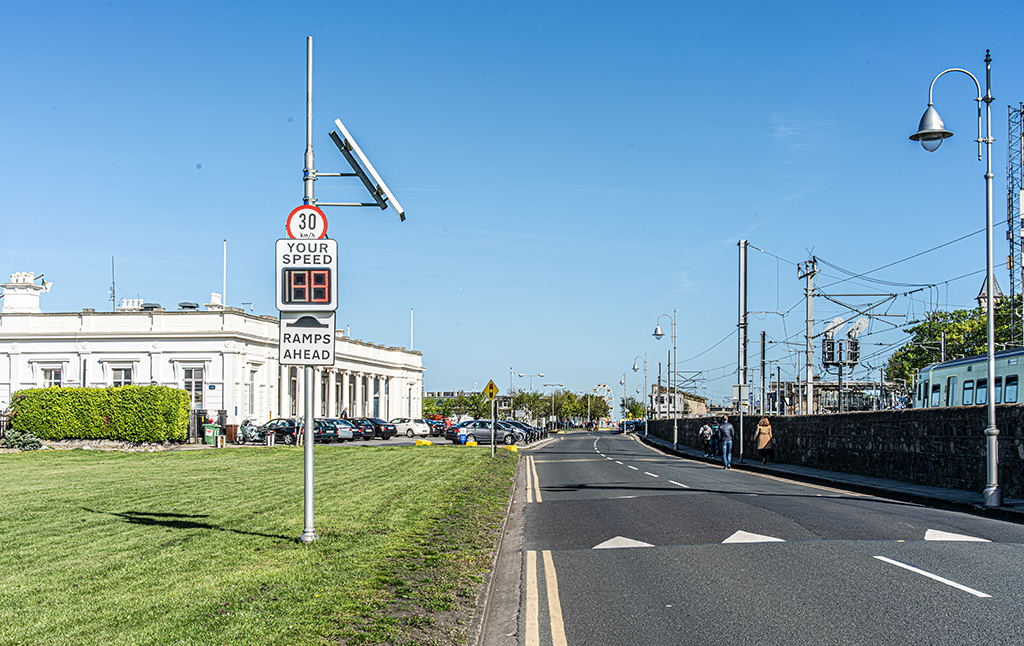 1. Curb extensionOne of the most popular ways to impact the road design is through curb extension, which involves finding ways to reduce a travel lane by extending sidewalks.

2. ChicanesChicanes involve using extensions and curbs that create alternative paths in a travel lane and involves driver to lower speed to pass through the road.

3. GatewaysGateways are a form of physical obstruction that aims to give identity to an area. For example, if a person is entering a new place, there will be signages about the area’s name, narrow roads, curbs, and roundabouts that will alert motorists that they are entering a new area.

4. Raised median islandEver seen a midblock intersection that obstructs a road? That’s what raised median islands are. They are in the centre of the roadway and usually include trees and other landscaping objects that improve their visibility.

5. Traffic circleIt’s a raised island in the middle of an intersection that makes all the drivers go around it to navigate to their desired street. This allows to ease traffic volume and avoid a roadblock.

6. RoundaboutsThese are other mid-centre intersections that can control the traffic flow and reduce traffic congestion. Mostly, these are big median islands that divert the flow of traffic.

7. Tight corner curbsYou must have felt that you’re crossing a street, and you spot a fast vehicle turning at you. Fortunately, you startle and jump, which saves you just in time. However, it could’ve been fatal if you were hit by the vehicle. Therefore, reducing the radius of the curbs will alert drivers to reduce the speed.

8. ChokersChokers involve narrowing specific points of roads or traffic lanes which reduce the width of roads. It can be done through the installation of curbs, chicanes, or medians.

There are also some measures of routing restriction:

1. DivertersSometimes, there is any maintenance work ongoing in the street, and it isn’t feasible for motorists to drive through them. Therefore, there are diverters that close the roads and divert traffic through other lanes.

2. Full ClosureAs the word suggests, it involves creating a restriction and closing a street for some national reasons. It could be an event, procession, or any cultural festivity.

3. Median BarrierYou must have seen on highways that the opposing lanes are separated by some sort of a barrier. These are median barriers that can help reduce traffic chaos in the streets. 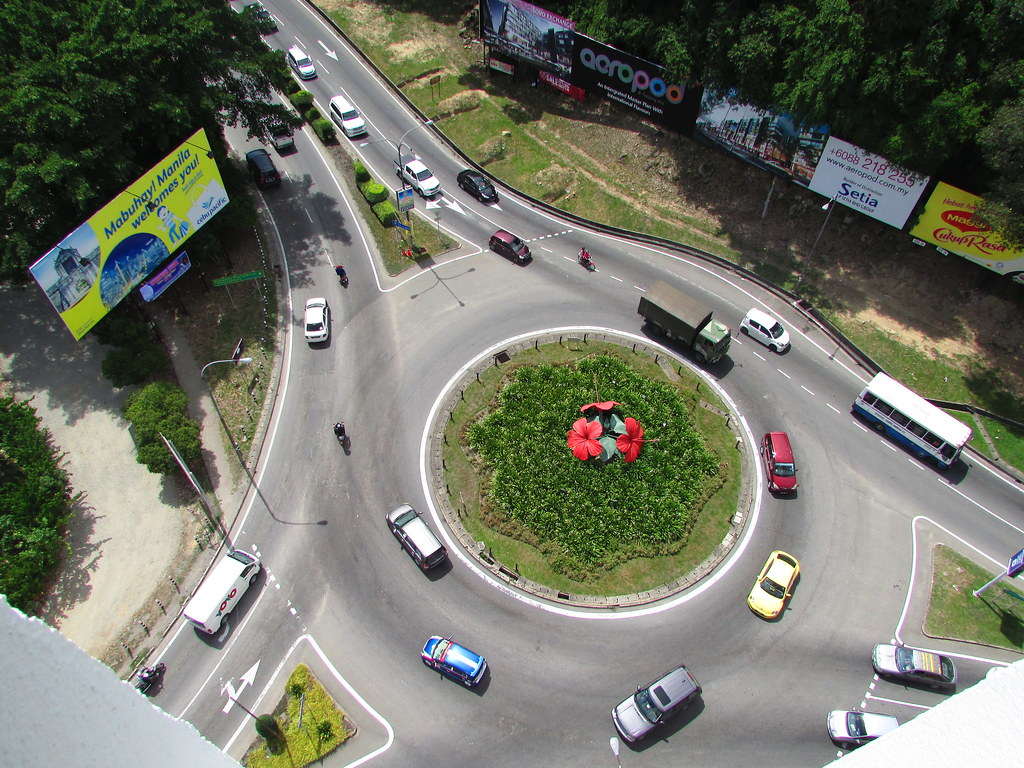 Having discussed the above measures, we’ll now highlight the traffic enforcement solutions that reduce traffic on roads. They don’t change road design, but they can effectively reduce traffic problems through law and order.

Some of them are as follows:

1. Speed CamerasThey are becoming very common. When a vehicle tries to exceed a general speed limit, the traffic police intendant may issue fines and speeding tickets to discourage them from driving at a dynamic speed.

Therefore, it’s important to design the right traffic management system for each area. Collectively, the measures mentioned earlier are the most common and popular top 20 traffic calming measures in Europe.

So, if you’re a traffic officer, you should be concerned with the best ways to improve traffic safety for your area.

If you’re looking forward to purchasing rubber speed bumps and speed cushions that can effectively help to reduce traffic problems in your area, Sino Concept is what you need.

They have high-quality traffic measures that will help you to reduce the everyday traffic problems.

Discover our wide range of speed cushions and speed tables: