Speed humps are some of the most commonly used traffic calming devices used to increase pedestrian safety. This is because they are good choices for achieving slower traffic. They are speed breakers that allow emergency-response vehicles such as fire trucks to go over without reducing their response time a lot. Speed humps hence discourage speeding without disturbing the traffic flow a lot.

The effectiveness of the speed hump is considered when establishing a traffic control plan. The local traffic engineer has to consider the amount of speed reduction for achieving optimal traffic safety. Hence these undulations are more than just bumps in the road.

One should know about the success rates of traffic calming humps in making traffic slower to prevent crashes and hence fatalities. 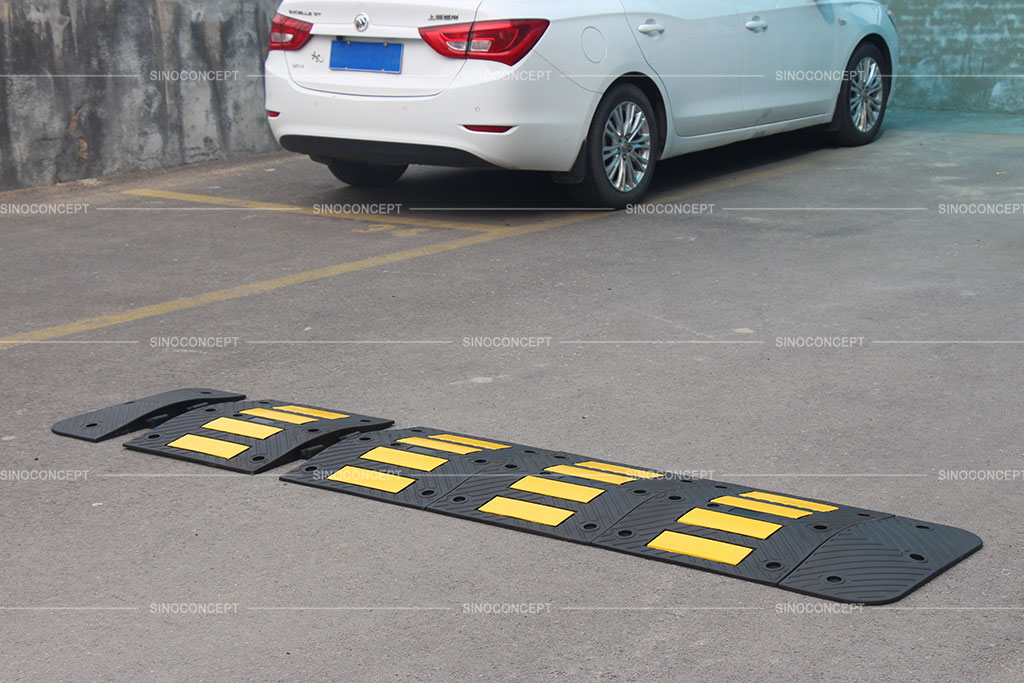 The speed table is another type of speed breaker, or a raised section; with a flat top. Like the speed humps, speed tables also aimed at reducing the traffic volume and making it conform to the traffic rules. The speed tables can be considered as big speed humps that have a flatter top surface. Speed tables are also different in the sense that they can cover the area-wide cross-section of the roadway.

For most vehicles, the entire wheelbase can be accommodated on the length of the table. Emergency vehicle drivers such as ambulance operators prefer the speed table over the speed hump. This is due to the lower amount of congestion and the greater design speed. Speed tables are traffic calming techniques that can allow the oncoming vehicles to go over at a normal speed.

Speed humps are also vertical deflection devices but they have greater heights and shorter widths. These traffic calming measures are often used in series and they allow a max speed of 20 mph. Speed humps also reduce the traffic count, but they do so more than the speed tables. Overall, the choice taken between speed tables and speed humps depends on the traffic data showing how unsafe the road is and the traffic speed requirements.

Many people tend to confuse the concept of the speed bump and the speed hump. While the speed hump is also a bump on the road like the former, it has a differently shaped surface. It is flatter and its height is lesser than a speed bump’s. A speed bump is hence known for achieving a greater amount of low speed.

Apart from the shape of the top surface, both the road bumps differ in dimensions as well. A speed bump usually has a less width than a speed hump. The speed bump is therefore used where the traffic needs to be slower such as in a driveway or in parking lots. It is, therefore, a much rarer occurrence on a public road with more traffic.

A disadvantage of the traditional asphalt speed hump is that it can damage vehicles that go over it at high speeds. This has adverse effects on the vehicle’s structural integrity in the long term. As a result, transportation engineers may sometimes use alternatives for this purpose. Instead of speed humps, they can use horizontal deflections like chicanes and road narrowing methods.

While these techniques may calm traffic, they’re not without their flaws. A downside to these methods is that they will take more time and will be costlier to implement. They may also require changes to be made to the pavement and streetscape. Apart from requiring more signage and space, they’ll also be more difficult and expensive to change.

Facts about the effectiveness of speed bumps

A big part of understanding speed humps is knowing how effective they are. As far as traffic data is concerned, there are many facts and figures available online that prove how valuable speed humps are for preventing crashes. For most regions, this data has been provided by the official department of transportation of the country or the federal highway administration.The following are some of the most intriguing facts about speed humps effectiveness: 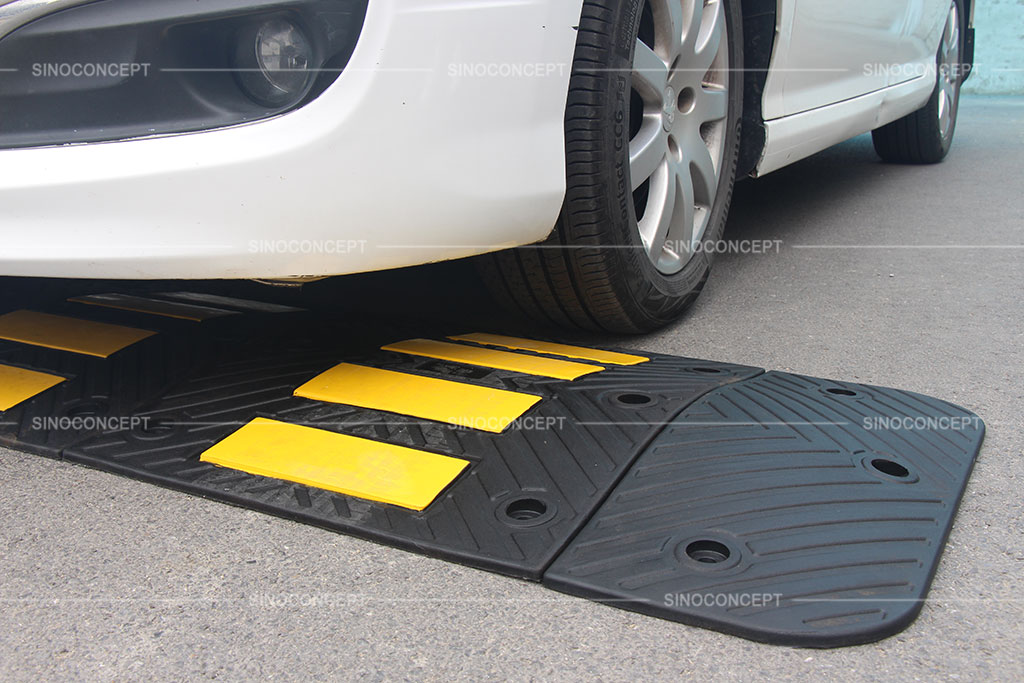 Speed humps can reduce speed by about 40%

The main function of traffic control devices is to reduce speeds. But there are degrees to which each device can slow down traffic. The speed hump is used to reduce speeds just enough so that the traffic flow isn’t disturbed too much. This is to help emergency-response teams carry out their functions without losing too much time.

The Iowa Transportation Department in the US has tested speed humps like many others. According to their results, they have stated that a 40% speed reduction can be observed while using speed humps. Most motorists who intended to speed are prevented from doing so by the effectiveness of the speed humps. This is one of the long-term effects of the speed hump in residential areas.

Speed humps can reduce traffic collisions by about 44%

Arguably the most important reason for using a speed breaker is to reduce accidents and hence the number of fatalities. Speed humps are installed for the same reason and despite not being designed for the same speeds as speed bumps, they’re very effective in this cause. When the volume of traffic is forced to go slower, the chances of having an accident become lower.

In fact, the Local Transport Note 1/07 states that a reduction of 1 mph, or 1.61 km/h; can reduce the chance of a collision by 5%. The Traffic Choices project dedicated to Bristol and Somerset claimed that speed humps can prevent 44% of the accidents from happening.

Speed humps can reduce the traffic volume by 23%

One reason for traditional traffic calming being so common is because the installers want to reduce the traffic count passing through a certain section of road. This is because more traffic leads to more pollution – noise and atmospheric, while also endangering pedestrian safety. When the volume of traffic is reduced, the livability of the area increases as a result.

In the aforementioned study mentioned by the Local Transport Note 1/07, the local traffic flows in Edinburgh were reduced by 23%. This is why they’re one of the major calming techniques used to create a slow zone; usually a pedestrian zone or a work zone.

One can observe that the height of any bump in the road will vary around the world. This goes for speed humps as well. The height of the speed humps chosen depends on the traffic engineer’s requirement of slow traffic. It is common knowledge that the higher the speed hump, the more discomfort it causes to the oncoming motorists.

So, speed humps with lower heights have to be used with caution if the objective is to enforce restricted speed limits. Research by the UK government in their Local Transport Note 1/07 proves this fact. The paper states that the oncoming vehicle will go over faster if the hump height doesn’t exceed 75mm. This is why it is considered to be the minimum benchmark for most speed hump designers.

Speed humps are some of the most ideal tools for achieving road traffic safety. They offer a reduction in speed of the vehicular traffic without damaging its flow too much. Speed humps are often compared to speed bumps and speed tables as they all lie in the vertical deflection category. Those who study the differences between them know that they have different shapes and they lead to different speeds.