The speed hump is one of the most commonly used traffic calming measures. There is no doubt that these devices are some of the best engineering measures for reducing speed. As part of the raised section category of traffic calming, these are similar to speed bumps. Speed humps are usually the choice for speed reduction on most emergency vehicle routes.

The primary reason for the inclusion of the speed hump in a traffic control plan is because it partially slows down traffic. So, it is one of the most effective methods to discourage speeding and enforce traffic safety.

Speed humps are therefore an important consideration for most transportation engineers. To know everything about speed humps, it is important to understand their pros and cons. 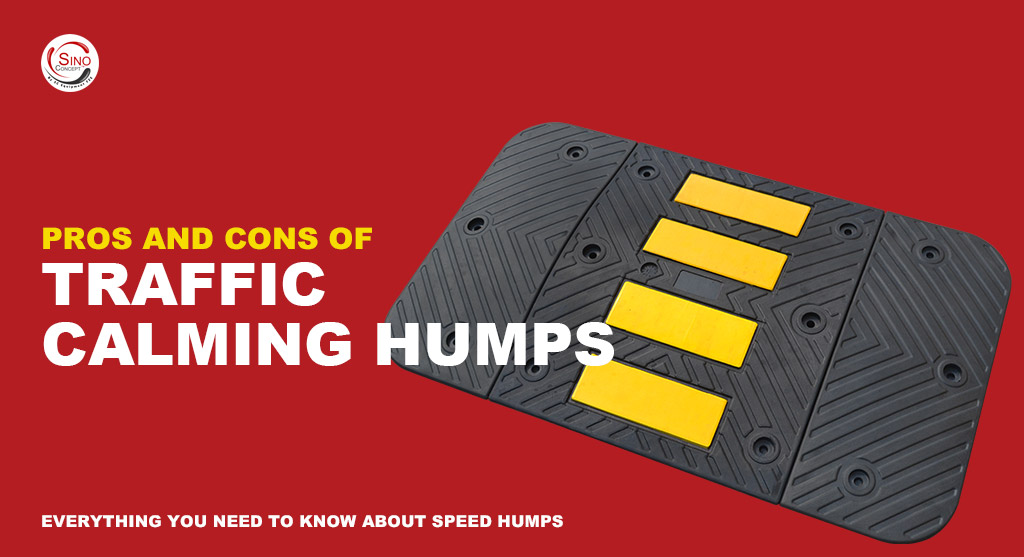 Transportation engineers have a variety of traffic calming measures at their disposal to enforce traffic rules. However, their efficiency in achieving optimal speed control is a key factor. In the case of speed humps, there have been studies done that showcase their effectiveness.

Three of the most important facts regarding speed humps are the following:

Speed humps can slow traffic by 40%

Speed humps are often used to enforce speed limits on roadways. These traffic control devices are one of the optimal choices on the routes designated for all types of vehicles. They are effective engineering measures to create a slow zone such as a work zone, school zone, or just a pedestrian zone. The reason for this is that they are 40% effective according to the UK government’s Local Transport Note 1/07.

One of the primary reasons efforts are made to calm traffic is to prevent accidents. This is because when the speeds are lowered, so are the number of collisions. Higher road traffic safety is a certain result of these speed reduction devices. The speed hump is an effectively raised section for this reason as a study by the Iowa Department of Transportation showed that it can reduce the number of crashes by 44%. 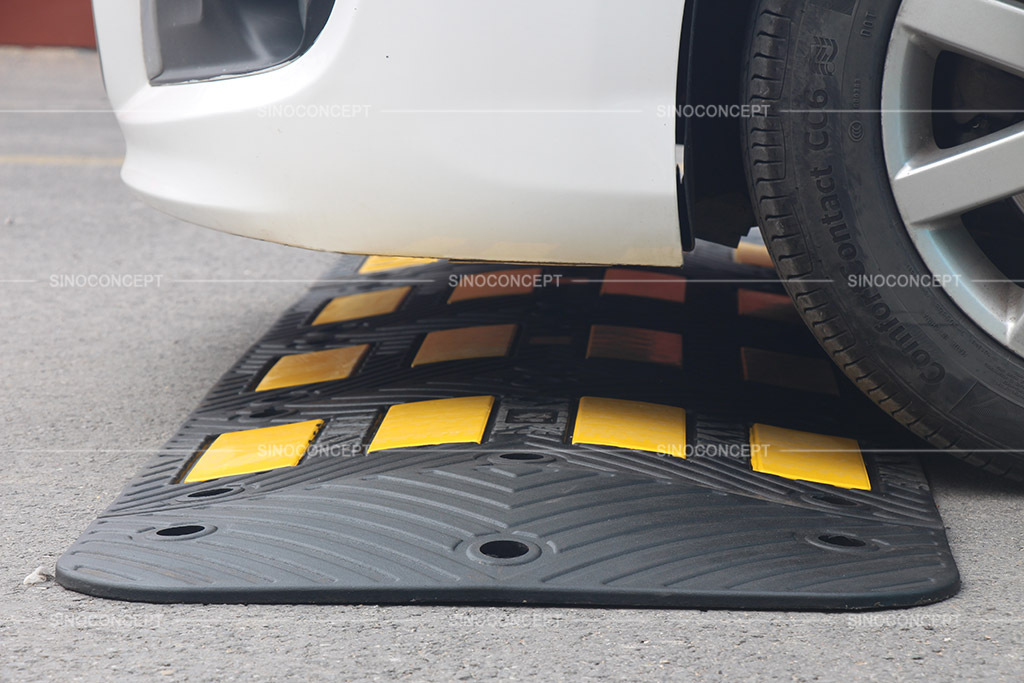 As effective as they are in enforcing road safety, speed humps still received criticism in some areas. Now, while these cons are usually tied to the traditional concrete speed hump, the concerns are still valid. They are the following:

Learn more: Get to know the disadvantages of speed humps!

Installation and maintenance are expensive

Traditional concrete speed humps are difficult to install and they take damages throughout the year. Both these factors add up to high costs. In contrast, rubber and steel speed humps can just be bolted to the ground and are easily removable.

This applies to all traffic calming techniques as slowing down and then speeding up increases fuel consumption. Also, the average motorist will use more fuel because of the increase in traffic which is caused by the slower traffic conditions.

Traditional concrete speed humps are permanent and so their removal is difficult and expensive, which is a disadvantage. Alternatively, rubber and steel speed humps are temporary so they can be removed and placed elsewhere with ease. 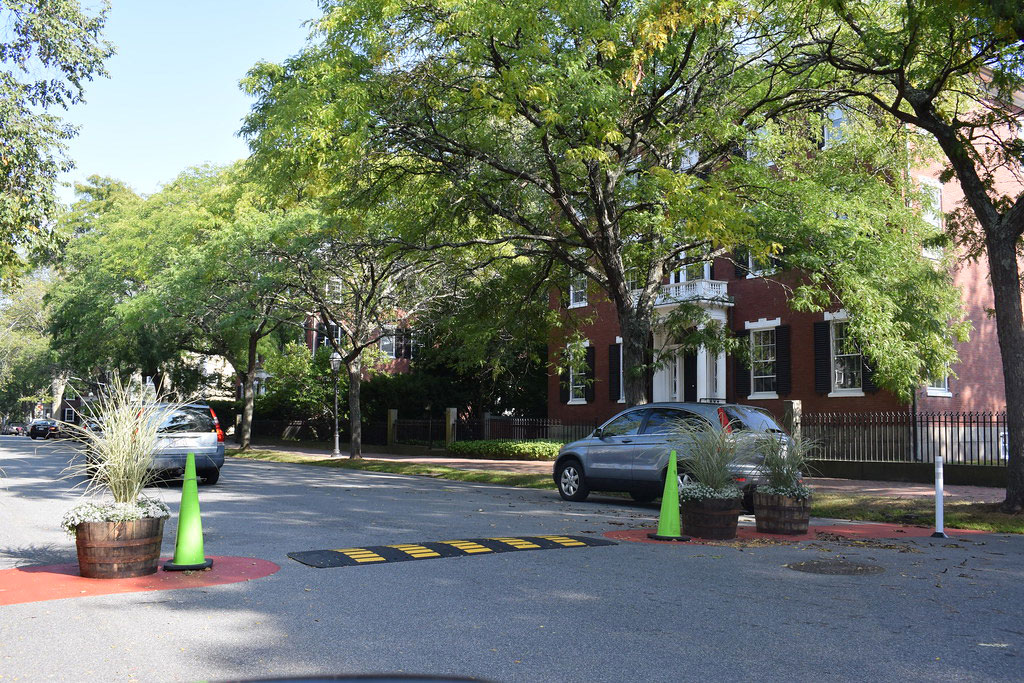 Many people try to avoid living near speed humps due to the noise generated when a vehicle passes through. This can reduce the property values near speed humps or in areas with traffic calming techniques in general.

Emergency vehicles are slowed down

Despite the speed hump being one of the most common devices used on emergency routes, it still increases the vehicle response times. Fire trucks and ambulances can lose seconds in response times as a result. In comparison, the speed table is more useful as it leads to less congestion.

The 2 major benefits of speed humps

Speed humps have several benefits that make them commonplace according to the traffic data available.

To know how to use them effectively, one should understand these pros. The major advantages of speed humps are the following:

Speed humps slow down vehicles and make them conform more to speed limits. As a result, they not only reduce accidents but also reduce the severity of them. As a result, the damage incurred from any potential accidents is lowered.

This point is argued upon by the experts as some say that the starting and stopping of vehicles increases the production of harmful greenhouse gases. However, speed humps are known to decrease the traffic volume so this causes an overall decrease in pollution. 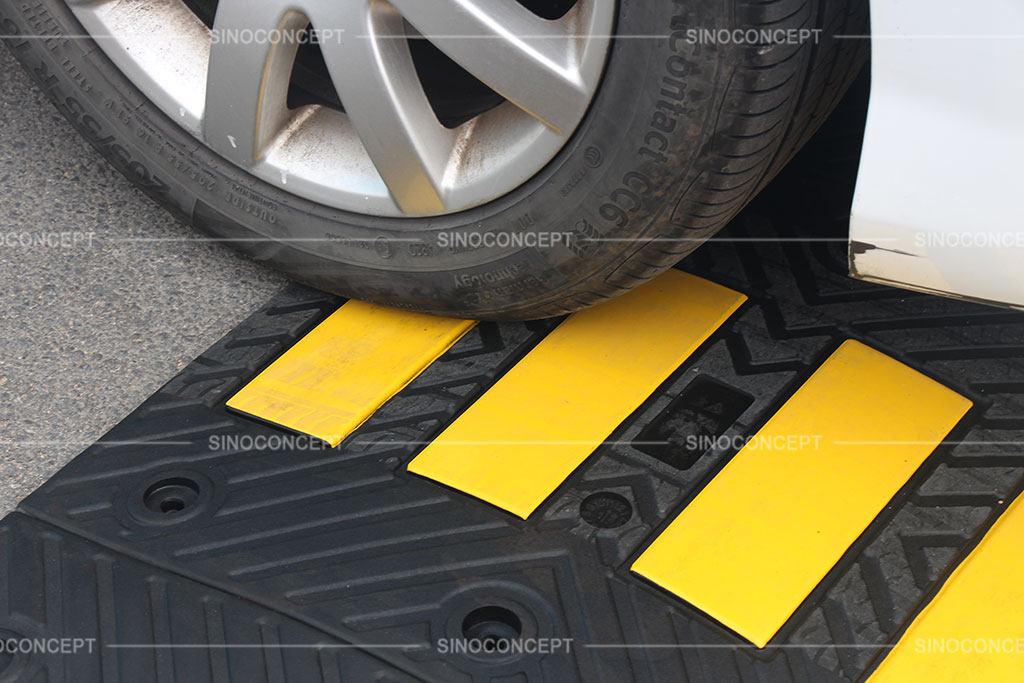 How do speed humps work?

Speed humps are speed breakers that are installed in the middle of roadways. As a result, the oncoming vehicular traffic becomes slower in order to go over them. This is because the faster the motorist goes over the speed hump, the greater is the amount of discomfort experienced. So, anyone who originally intended to speed slows down, and this applies to all the oncoming vehicular traffic.

There’s usually a consistent need for reduction in speed, so the speed humps are then closely spaced apart and placed in a series. In the case of a well-made speed hump; a 600-mm tall one should be able to achieve a low speed of 25 miles per hour (40 km/h). For a 900-mm tall hump, the dynamic speed figure is usually around 30 mph (50 km/h).

In the case of speed bumps, their heights are greater. Therefore, the traffic speed requirements are even lower to prevent discomfort and vehicular damage.

As mentioned above, noise is a factor in the livability of an area. An area with lots of noise from speed humps can lose property value. This is considered whenever speed humps are to be used in residential areas. This is why flat-top speed humps are thought of better than those with a more sinusoidal shape.

The flat-top speed humps are designed so that the vehicles passing over will generate less noise on impact. In the case of rubber speed humps, the noise is even lesser than its concrete or asphalt counterpart. This is due to the softer and more absorbing nature of their material.

Meanwhile, sinusoidal speed humps were designed in order to favour cyclists or bicyclists. This is because they have a round top instead of a flat top. They also feature a shallower initial rise so they tend to provide more comfort to two-wheelers.

A speed hump is an effective tool for the reduction of speed and for the prevention of accidents. It is favoured as it also doesn’t reduce emergency vehicle response times as much as other traffic calming techniques do.

At the same time, however, the older speed humps do receive criticism from many. Concerns range from annoyance to legitimate problems of vehicular health and financial expenditure. As far as pedestrian safety is concerned, however, these issues are overweighed by the positives.

What exactly is a speed hump?