Cycle lane dividers are devices used to make segregated lanes for minimizing road accidents and fatalities. The divided lanes give a safe cycling pathway and ensure the safety of bike riders, bicyclists and other road users by keeping oncoming traffic in specific lanes. These cycle lane dividers allow riders and drivers to travel in a safe zone without worrying about colliding and crashing with other motor vehicles.

In addition to giving separate zones for driving, lane dividers immensely contribute to maintaining traffic flow. So, the role of lane dividers is far more than this.

Here are some pros and cons of lane dividers to show their exceptional benefits for bicyclists, recreational cyclists and bikers.

Road accidents, collisions of cars to motorists and bicyclists are normal, leading to severe injuries and the deaths of injured persons. These cases are more common where shared roads are used for every vehicle, including slow-moving vehicular traffic or overspeeding vehicles. While lane dividers give the advantage of dividing traffic lanes into segregated pathways and making sure vehicles of different speeds travel in particular lanes.

This segregation makes lanes for bicycles and motorists who move freely following traffic rules, signs, speed-limit signs, and other signage. So, when all similar vehicles move in the same lane with equally allowed speed, they do not collide, and in this way, the number of road accidents is reduced. Fewer accidents mean a significantly decreased death rate.

As it has been years that lane dividers have been used for road safety purposes, several pieces of evidence have confirmed their role in decreasing death rates. A similar study confirmed that protected bike lanes are safer for cyclists and motorists. In fact, a recent study concluded that physically separated and protected bike lanes are safer than no protection with considerable fewer injuries and fatalities.

Many roads have cycling pathways highlighted with just paint on the road and have solid white or dotted white lane markings. These lanes are not as effective to decrease fatalities as lane separators are. 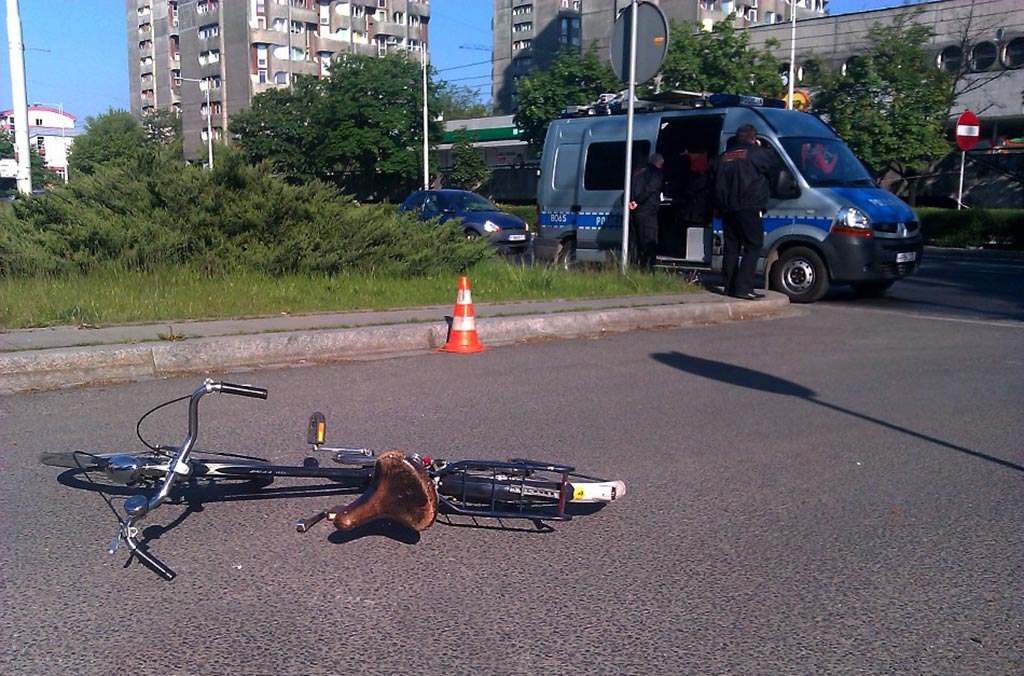 For instance, when different vehicles travel in separate lanes, the speed of one vehicle does not affect other vehicles. They get a clear and wide route without any traffic blockage or obstruction. Thus in one way or other, cycle lane dividers play their part to reduce traffic.

You must have noticed this traffic reduction in your city streets or driveways that people use as shortcuts or alternative routes. Before installing lane dividers, there must be constantly blocked vehicles, but there is no longer a traffic problem once lane segregation is installed.

So, if you also want to make your roads, parking lots, highways or other high traffic areas free from traffic, you should install cycle lane dividers at the right place. Remember, lane dividers must not come in the way of ambulances or other emergency vehicles to affect their response rate.

Is lane divider a trip hazard?

Cycle lane dividers come in many designs and configurations with several pros and cons. Most of them are highly visible and supportive, while some give trip hazards. This tripping is mainly associated with their heights as they are either low-height lane dividers or are difficult to recognize. Thus, when such lane dividers are installed that are not visible day and night, they result in tripping falling accidents of cyclists.

Above all, these are not cyclists having a bad experience with improperly visible lane dividers, but pedestrians also have a great risk of falling over them when crossing the street or roads.

At the same time, tripping hazards occur when bicyclists or motorists try to take a shortcut for entering or exiting a lane. They cross over the lane segregation, and you know they have a particular design only to mark lanes so that such users can fall off.

Last but not least, construction material also matters in tripping lane dividers. Rubber lane separators make more grip than slippery plastic. So, certain factors add up to show whether lane dividers are a trip hazard or not. If you want to discourage tripping over lane separators, you should install bright coloured, highly visible cycle lane dividers that are made of sturdy material. Also, educate people to not enter from the middle of the traffic lanes.

All these steps develop sense in road users to safely use physically separated lanes on roads so the falling accidents and tripping hazards can be better controlled.

Cycle lane dividers do not confuse cyclists and motorists for crossing or travelling in traffic lanes. As traffic lanes are ideally made after approval from the city council or other higher authorities, lane dividers are made with proper guidelines.

But in some cases, if road markings and lane dividers are used side by side, they may confuse cyclists and motorists. For instance, solid white lines painted on the roads mean that the lane is mandatory and drivers have to stay out of it during its operation time, and they cannot park or drive in it.

While if a white line is dotted, it means that drivers should not enter the lane, but it is also not an offence if they do.

So, installing lane separators without using any speed limit or traffic signs can make the pathway confusing for cyclists, motorists and other vehicular traffic. They can not judge their route and travel in the wrong direction that is not safe at any cost.

Cycle lane dividers – Are we protecting cyclists at the expense of other road users?

Cyclists are most vulnerable to road accidents as their slow-moving bicycles are at risk of getting crushed by high-speed vehicles.

They can easily be injured due to overspeeding motorists or rash driving cars. Sometimes, bicyclists come in a range of buses and lose their lives.

Therefore, it is mandatory to allot separate lanes for bicyclists and make their lives safe. On the contrary, other vehicles like buses, motorists, cars and their users also benefit from lane dividers. There are special lanes for walking and biking that allow protected space for other users.

So these cycle lane dividers are not protecting cyclists at the expense of other road users. All road users are getting comfort and convenience with segregated lanes.

Cycle lane dividers are lane segregating devices used at roads, bicycle paths, sidewalks, roadways to make bicycle lanes. These lanes make sure that bicycles and other vehicles are separated.

So, if your roads or streets have higher traffic volume, do not rely only on traffic signals and give them secure travelling in separate traffic lanes. These lanes will save their lives and help maintain traffic flow.