Speed humps are some of the most important traffic control devices available on roadways today. They are used primarily for speed reduction of oncoming traffic.

Speed humps are bumps on the road that are part of the vertical deflection category of traffic calming techniques. They are engineering measures that give a vertical displacement to all the vehicular traffic that crosses them.

While traffic calming humps are cost-effective and common methods of achieving speed control, they still have flaws. Motorists along with people in residential areas have complained about the older speed humps. Criticisms range from induced wear and tear on their vehicles, to a decrease in their livability. Transportation engineers take these factors into account along with the traffic data available. 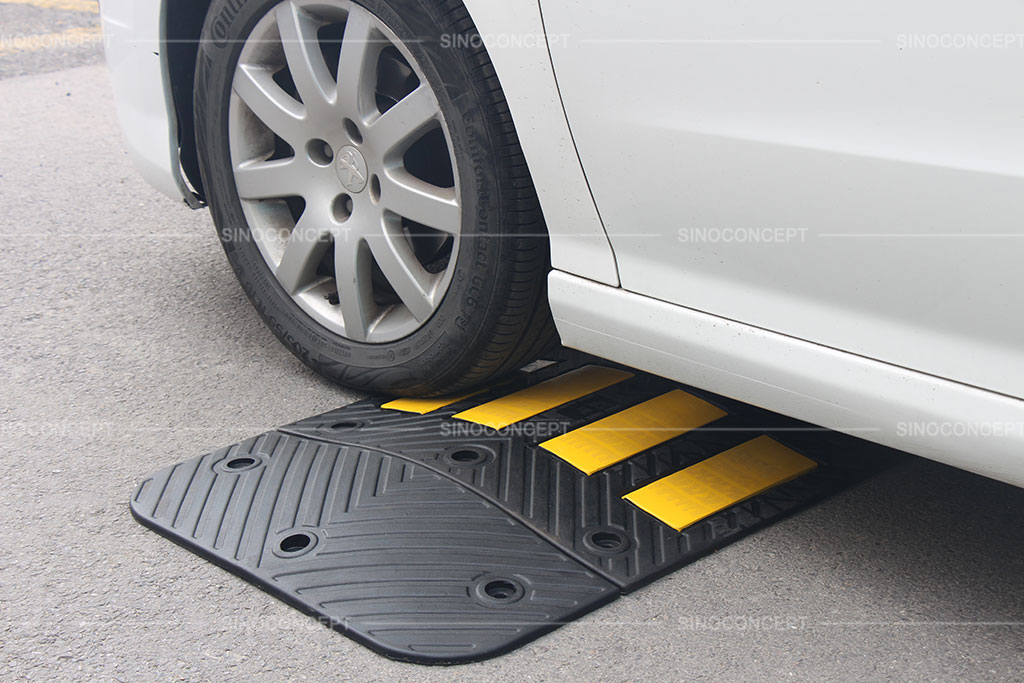 One reason for some people being disapproving of speed humps is the noise. It is quite clear that the vehicles are bound to make noise on impact while crossing a speed hump or a series of them. This noise can create noise pollution in the neighbourhoods with speed humps on it. Again, speed humps do generate less noise than the speed bumps in the road and their rubber counterparts are also quieter.

In addition to this, there is a bit of congestion that can be caused by speed humps if they are not implemented properly. This can also be cumbersome for the residents of the area. This is a factor where speed tables are better than speed humps. This is another reason why people tend to avoid shifting to houses near speed breakers. The end result is that the values of properties near the speed humps decrease.

A major concern about all types of vertical deflections is that they damage motorized vehicles. The reason for this is that motor vehicle drivers tend to drive them quicker than recommended. This causes an impact on the vehicle’s shocks and body, which can cause long-term structural damage. Also, those who drive cars with lower ground clearances tend to often damage the underside by going over.

This can be said in the case of the older and more traditional speed breakers. They are usually made of asphalt or concrete and they don’t absorb impacts as well as today’s rubber speed humps. These types of bumps on the road have been complained about by residents. However, the removal of these permanent speed humps is time-consuming and hence expensive.

In comparison to them, the rubber speed humps are much more versatile. Made usually out of recycled plastic, they not only absorb the impacts better. But because they are bolted to the roadway, they can also be removed once their usage is no longer required. This makes them suitable for temporary applications as well.

It should be noted that speed humps are less steep than speed bumps as they feature a lower rise. They are also designed with a flat top as compared to the speed bumps which are rounder. This is one of the reasons why they are still less damaging for motor vehicles than speed bumps. 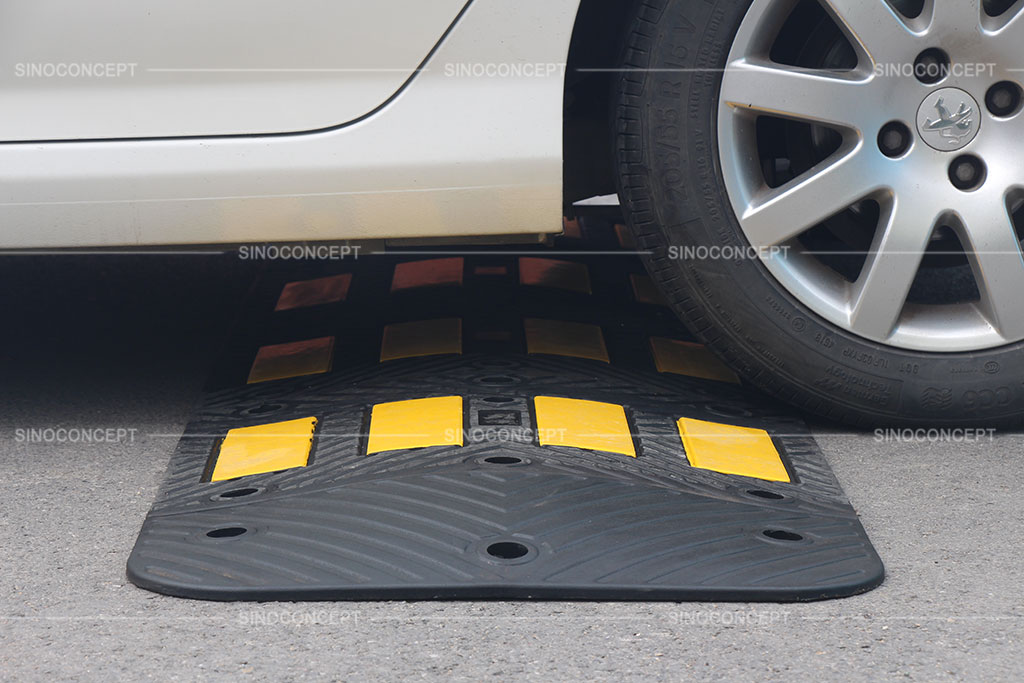 Why are speed humps used?

There is a multitude of reasons why speed humps are popular traffic calming measures. The concerned municipalities aim to reduce the traffic count of the area. To do this, it needs to deploy engineering measures to calm traffic. This means effectively reducing the overall traffic speed while trying to compromise little on congestion.

The speed bump is not suitable for this and horizontal measures are too expensive; plus, they have their own disadvantages. As a result of this, the speed hump is used because it reduces the traffic volume, brings about low speed, and it maintains the traffic flow. As a result of this, emergency vehicles are favoured. Hence emergency-response ambulance drivers prefer it over most other methods.

Speed humps are also used because of their versatility. Even concrete or asphalt speed humps can be installed by being chosen from a multitude of categories. The speed humps’ dimensions and spacing are then decided according to the need for traffic safety. Despite making all of these choices, the cost of the speed humps isn’t altered by much, keeping the traffic control plan within the financial constraints.

Speed humps are quite effective as the 85th percentile data indicates. Speed humps can make the city traffic slower, keeping it under 20 miles per hour. In comparison, a speed hump keeps the traffic within 15 mph. Either way, speed breakers discourage vehicles from unnecessary speeding and acceleration. This helps their drivers obey the speed limits and make the area more livable.

According to the UK government’s Local Transport Note 1/07, speed humps can slow traffic by 40pc. Testers from the Iowa Department of Transportation add to this further by stating that the speed humps can reduce collisions by 44pc. As a result of this, even the potential crashes start lacking severity so the fatalities decrease. Speed humps are hence also chosen for truck routes and function well for emergency vehicles.

Apart from collision prevention, speed humps also improve the lives of road-crossing pedestrians. They can be combined with crosswalks to improve pedestrian safety. Hence cyclists or bicyclists are also protected from unsafe traffic conditions. As a result of these factors, a traffic engineer can also use humps to create a slow zone such as a work zone or school zone.

What is the standard of speed hump noise?

Noise is quite a factor for the residents in a neighbourhood. This can be even a bigger problem for the residents if the traffic volume is larger and the street is busier. The noise also depends on the type of vehicles as heavy traffic such as buses and trucks tend to make more noise while crossing a hump. The result is that most speed humps and undulation produce noise up to certain levels.

The noise is based on the type of speed hump used. For example, flat top speed humps produce the least noise out of all humps at lower speeds. At higher speeds, however, they produce the most noise, even more than the rounded and ramp humps. The humps tend to produce around 85-90 decibels in the 15-20 mph range of vehicles.

In comparison, speed cushions are the least noisy according to the Local Transport Note 1/07. Most of the speed humps in the UK conform to these sound levels. These findings are also backed up by research in other countries such as Sri Lanka. Their research states that they measured the sound levels between 71 and 80 decibels.

In conclusion, the speed hump is a highly effective device. It can be found on most British roadways and the reason for this is that it compromises between a slow traffic flow and medial amounts of congestion. Like all traffic calming methods, the speed hump has also received criticism. The reasons for this include noise pollution, increased vehicular wear and tear, and traffic.